What's on your mind?

Frontier Works has recently announced that they will be at the Anime Expo in Los Angeles to host a screening of the entire OVA trilogy of Hyperdimension Neptunia: The Animation as well as sell merchandise of the anime.

Since CompIF did say they wanted to make a Nep game of every genre, maybe a fighting or rhythm game is next? Now they have JRPG, Hack 'n Slash, Shooter (kinda), Retro, VR, and a Mobile Game. Honestly, next might actually be a Gacha (which I wouldn't be mad with, I'd play it religiously) but in terms of a spin-off game, I'm really hoping that next, they make a fighting game. Here's what I think the base roster would be.

Sisters (would be cool if Rom and Ram were like Hisui and Kohaku, both have their original characters but also have a dual character)

I wouldn't think adding more to this base roster would be a wise choice, it already has 19 characters (18 if Rom and Ram don't have a dual character or 17 if they only have a dual character) Then maybe Rei, CFWs, other Creators, and other spin-off characters as DLC. Honestly, you can replace the Gold Third with Dengeki and Famitsu. Either way the other can be DLC. Or if CompIF is really bold they could just put them both on the roster and have the base as 21 (which would never happen ever).

I think there's pretty obviously gonna be an awakening mechanic in the game (like Blazblue's overdrive). The mechanic can make all attacks cancel into supers and EX skills (except DP and grabs of course) and have passive meter gain, this should always last for 10 seconds. I think for that the goddesses, sisters, and the gold third could transform into their HDD/Gold forms (maybe Arfoire can transform, but idk if that would really work) and for characters like IF and Compa, they get a similar power boost but no change in gameplay.

Instant Kill should obviously be in the game, no fighting game is complete without them (cough cough GGStrive cough).

For something a bit extra and guessing CompIF's budget, will never happen, maybe the characters can get alternate costumes? For example, Blanc can have her Ultradimension costume and Megatagmension costumes to fight with (similar to Noel's NOL costume in Blazblue).

That's all I wanted to say about a Nep FG. Some of what I said will probably never happen. But I'd still be happy with a fighting game regardless of how they do it... Unless they make it like phantom breaker omnia, in which case I would definitely buy it but NEVER play it. But I have hope CompIF won't stoop so low.

So about a year ago, I found this shitpost-y Neptunia wiki, which had stuff like Segami's stats being listed all as "bitch", RED's page being about the REDs in 999 instead and Bouquet's image being replaced with a sprite of a Minceraft bucket instead. Now unfortunately, that wiki's long gone now, but I was wondering if anyone's archived it somewhere or knows if it was moved off to somewhere else instead. I'd have tried wayback machine, but I lost all links to it when I reinstalled my browser.

Hey! There is a probability for the true next mainline game which can return Plutia, Peashy, Uzume and Adult Neptune? Well, Plutia and Peashy returned in Megadimension but as DLC Scouts (That's was an insult for the Plutia and Peashy fans!)

There is probably going to a Hyperdimension Neptunia Prelude and the game that I brought up is going to a prequel.

This has been on my mind since Megadimension came out. When will the NEXT forms come back? Honestly they were really cool and refreshing kinda. I can guess the next true mainline game but we can't really know for sure.

Compile Heart has counted all the votes for each category in the Neptunia Great Thanksgiving Poll, and here are the results:

Looks like Neptune has dominated the polls overall, so congratulations to the protagonists of protagonists!

Link to the results:

Fandom has recently added a new feature to all wikis that enables communities to design their own maps and pinpoint certain locations. And to show off this feature, here's a map of Hyper Dimension Gamindustri created with the map editor:

Once again, Compile Heart is hosting another voting poll known as "Nep-Nep Great Thanksgiving". This poll will have various characters from the franchise, including ones from Ninja Wars, and is split into 10 different categories:

UPDATE 3/31: It looks like the voting deadline has already passed, so the results of the poll will arrive on April 28.

Official 2022 Neptunia Poll Results | FandomCompile Heart has counted all the votes for each…neptunia.fandom.com

Been trying to find some more Neptunia related communities to join and be a part of but besides the ones i've found on Disboard (Most of which are deleted btw) I havent been able to find many. Does anyone know of any I could join? 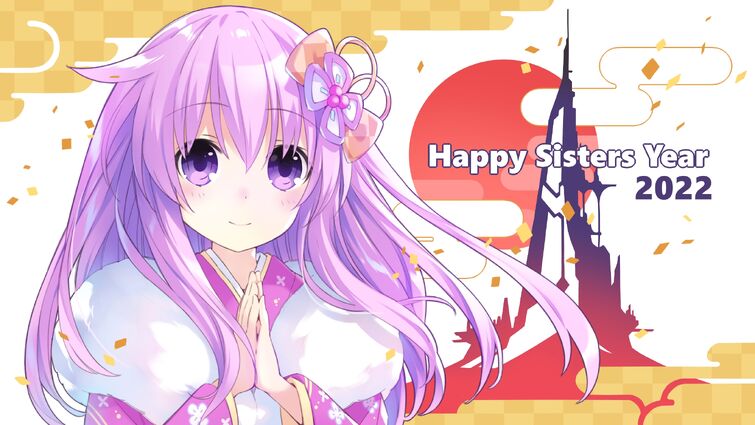 The year of 2021 gave us some releases such as localized versions of Neptunia Virtual Stars and re*Verse, a crossover game featuring characters from the Senran Kagura franchise and a new Thanksgiving OVA of the anime. It also gave us announcements such as a new Neptunia game subtitled Sisters vs. Sisters starring the CPU Candidates as the main characters, a home video release of the Thanksgiving OVA with a new Adult Neptune Generator Unit figure and a bonus PC game entitled Dimension Tripper Neptune: TOP NEP with a Steam release arriving around early next year, and a new OVA starring Chrome and the child CPUs to end the trilogy now in the works.

With 2021 coming to a close, we hope that the new year will give us some exciting releases and localizations when it arrives! 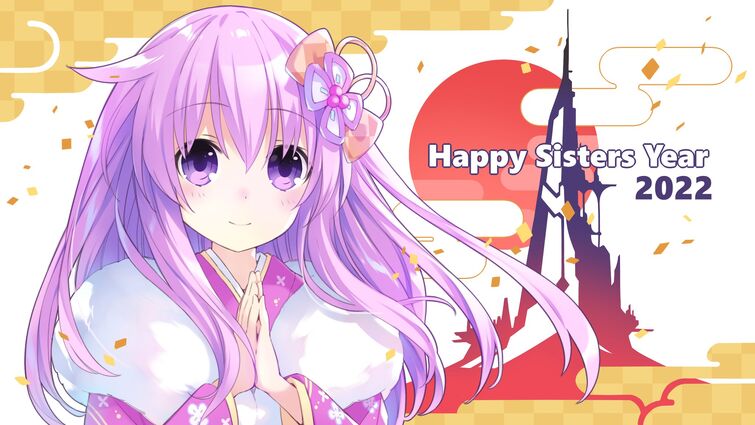 Compile Heart will release Neptunia x SENRAN KAGURA: Ninja Wars to the Nintendo Switch on March 17, 2022 with additional features such as:

IFI has announced that the game is coming to Steam in Spring 2022 alongside the Switch port: 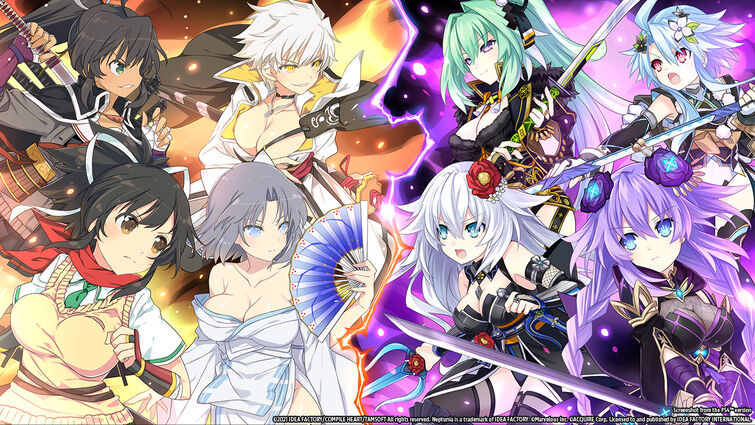 The 2nd OVA in the Neptunia OVA trilogy will first premiere on MiloQ+ on Dec 15, with additional services premiering it on later dates, as reported by Animate Times:

Here are the services premiering the OVA:

In addition to this announcement, the demo for Top Nep has been released on the Neptunia anime's official site:

The OVA will receive a home video release on October 26, 2022 along with Top Nep with the game also releasing in early 2022 on Steam worldwide.

Compile Heart has announced this new Neptunia project featuring the CPU Candidates coming to the PS4 and PS5, as announced on Weekly Famitsu.

Along with a trailer: 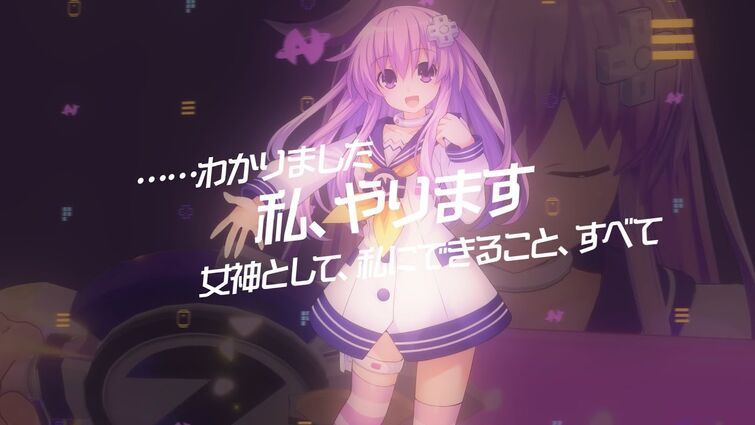 Compile Heart has recently posted a teaser for an upcoming Neptunia project featuring Nepgear and the CPU candidates.

Here's the video of said teaser: 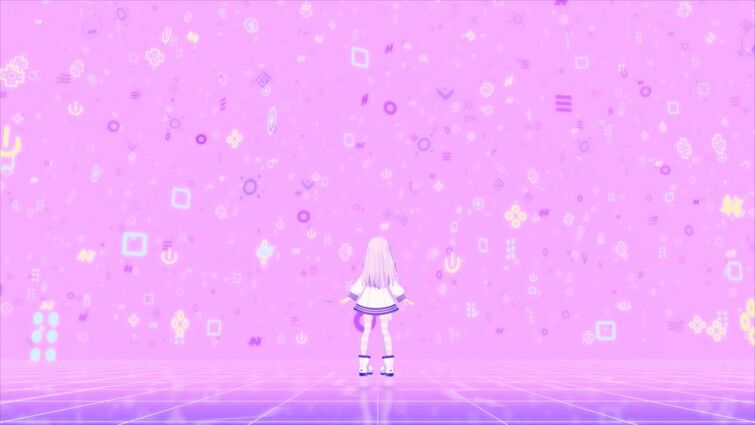 More information will be revealed on the 25th of this month.

(edited by Sammyrms1)
Hyperdimension Neptunia (Series)
This post is locked. 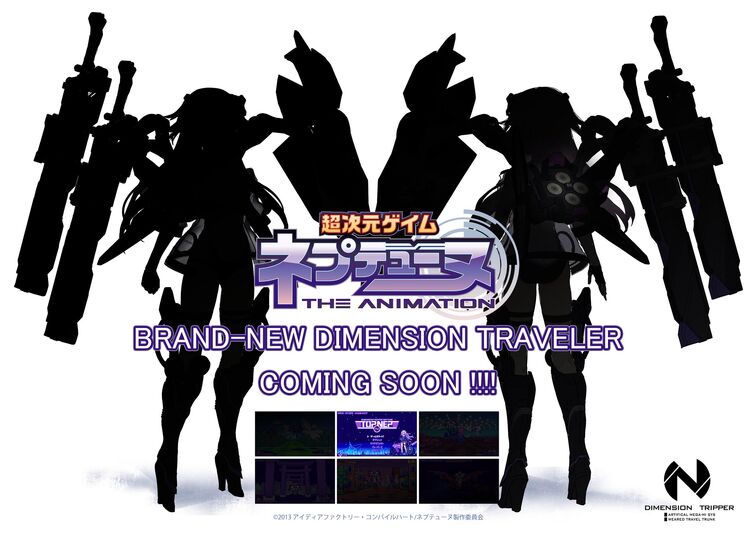 A brand-new dimension traveler? Who could it be? So based on that Tweet, We could see what looks like a new HDD form along with a Top Nep title screen. Could it be Purple Heart's new processor unit, or possibly an alternate costume for the older Neptune?

Another teaser has been posted, and we can confirm that it is Big Nep: 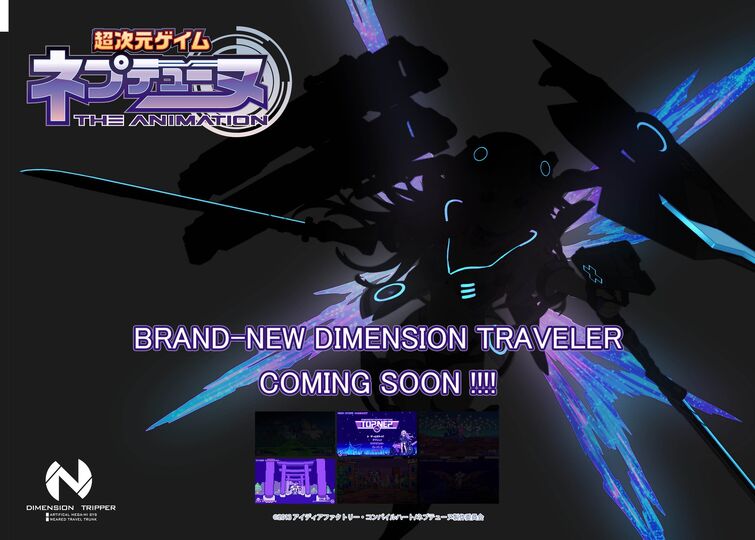 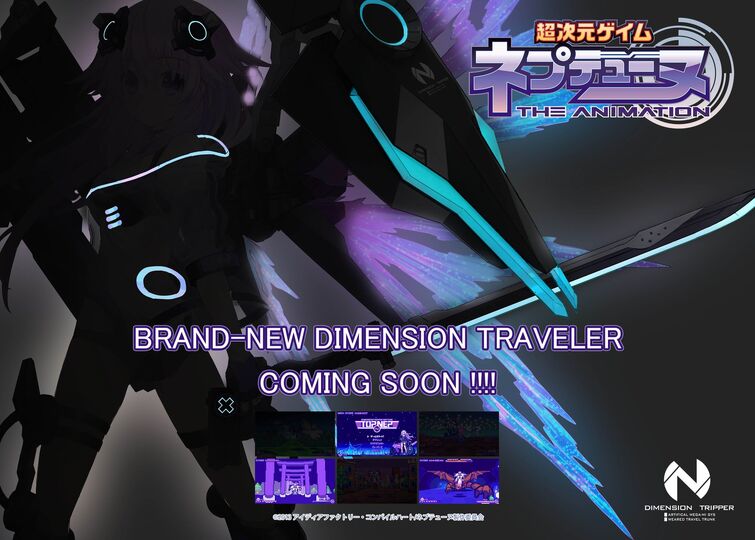 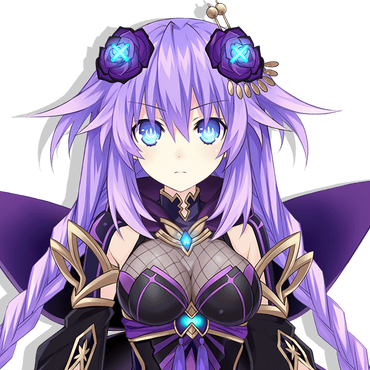 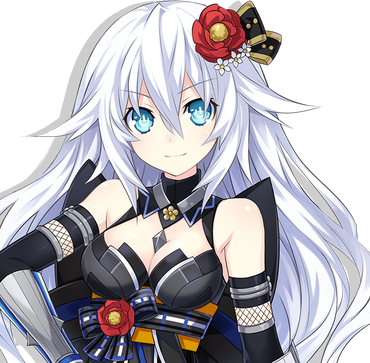 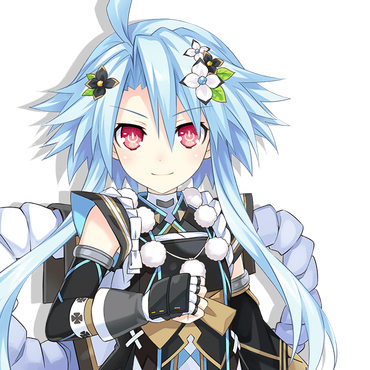 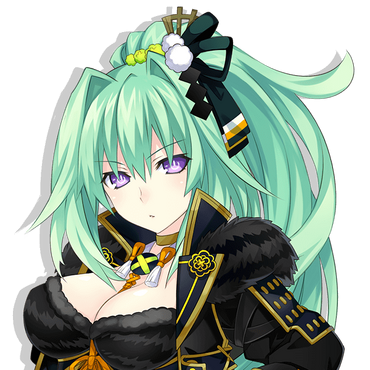 IFI has recently announced the localization of Ninja Taisen Neptune during the Online Summer Festival.

Here's the trailer for said game: 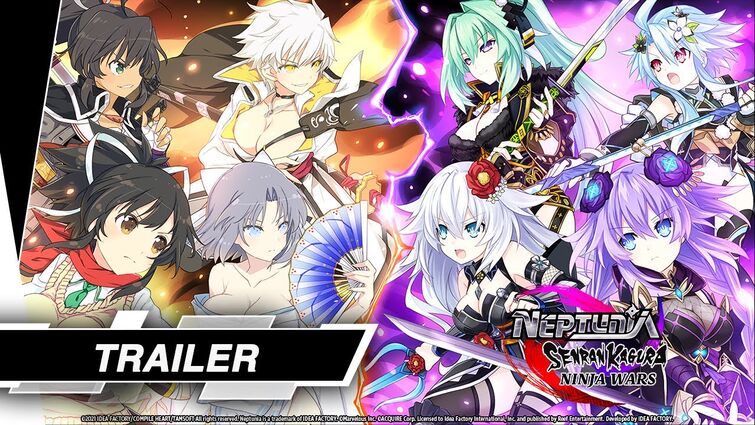 IFI has announced released dates for NA and EU, slated for Oct 26 and Oct 29 respectively, with pre-orders of the LE beginning on Sep 29: 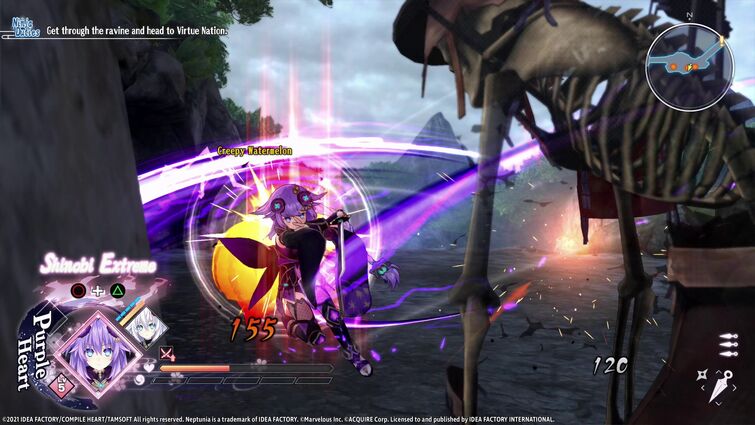 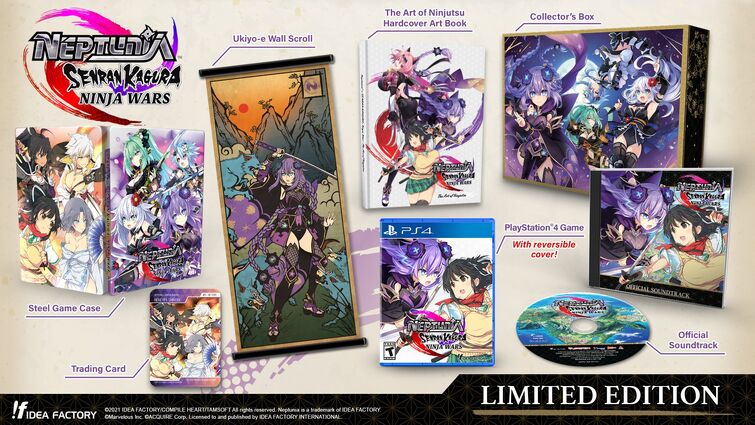