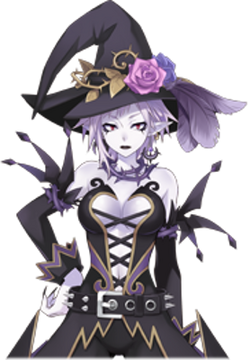 Arfoire is a recurring antagonist in the the Hyperdimension Neptunia series. She represents piracy and is often depicted as a goddess throughout the series, though not all the time.

Due to the Neptunia series being a game that revolves around different universes and dimensions, there are multiple Arfoires throughout the series though most of them retain more or less the same personalities and core aspects regardless of the setting

Retrieved from "https://neptunia.fandom.com/wiki/Arfoire?oldid=40061"
Community content is available under CC-BY-SA unless otherwise noted.