Boxers-X (ボクサーX, Bokusā X) are white humanoid beings in the shape of a skeleton. They wear a eyeglasses, a white hat, a pink shirt and red boxing gloves.

Boxers-X will commonly use Slash" on you, they're likely to cast "Explosion" in one of their first turns, but they can only use this skill once, since they don't have enough SP to cast more of them. After being casted, they will use "Slash" most of the time, but sometimes they can use "Thunder Attack" on you to deal more damage.

Boxers-X can have some partners to help them, four combinations are known: 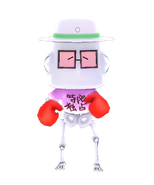 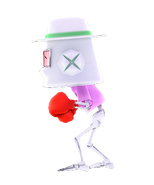 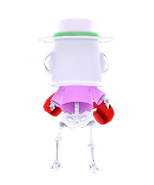 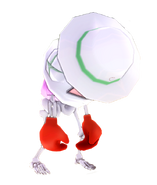 A Boxer-X at Low HP.
Add a photo to this gallery

Retrieved from "https://neptunia.fandom.com/wiki/Bestiary/Re;Birth1/Boxer-X?oldid=74707"
Community content is available under CC-BY-SA unless otherwise noted.