Cyberflies (サイバーバタフライ, Saibā Batafurai, lit. Cyber Butterfly) are one of the many enemies in the Hyperdimension Neptunia Series. They look like fairies. They can turn Viral.

Cyberflies have 5 skills and a transformation:

They can turn Viral at any moment.

When Cyberflies' HP is below 50%, they will use "High Healing" until their HP is above this percentage, they won't use any other skill in the meantime.

Cyberflies can have some partners to help them, eight combinations are known: 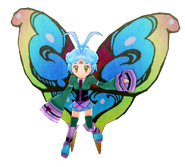 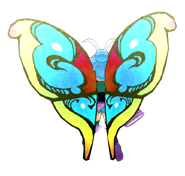 A Cyberfly (Back View)
Add a photo to this gallery 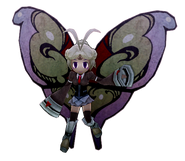 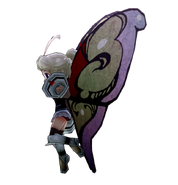 A Viral Cyberfly (Side View) 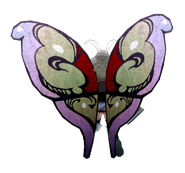 A Viral Cyberfly (Back View)
Add a photo to this gallery

Retrieved from "https://neptunia.fandom.com/wiki/Bestiary/Re;Birth1/Cyberfly?oldid=75182"
Community content is available under CC-BY-SA unless otherwise noted.