Ice Golems (アイスゴーレム, Aisu Gōremu) are one of the many enemies in the Hyperdimension Neptunia Series. They're magical beings made of ice. They can turn Viral.

Ice Golems have 5 skills and a transformation:

Ice Golems' main skill is Ice by far, they use this skill more than half their turns. They also use Attack pretty often, it deals less damage, but it doesn't consume SP. They also have Ice Attack, Ice Impulse and Ice Tornado, but they rarely use these skills, especially Ice Attack. When they are out of SP, they only use Attack or Ice Attack.

When Ice Golems' HP go below 50%, the odds of them using Attack seem to decrease.

Ice Golems can have some partners to help them, four combinations are known: 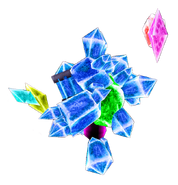 An Ice Golem (Side View) 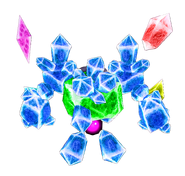 An Ice Golem (Back View)
Add a photo to this gallery 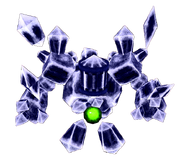 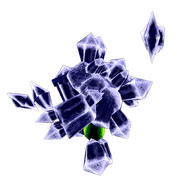 A Viral Ice Golem (Side View) 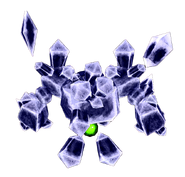 Retrieved from "https://neptunia.fandom.com/wiki/Bestiary/Re;Birth1/Ice_Golem?oldid=75137"
Community content is available under CC-BY-SA unless otherwise noted.