Magical Shampurus (魔法がとくいなシャンプル, Mahō ga Tokuina Shanpuru, lit. Shampuru that is good at magic) are one of the many enemies in the Hyperdimension Neptunia Series. They're monsters from the RPG "Mugen Souls", which was developed by Compile Heart.

Magical Shampurus' main skills are Magic Slash and Extension, but they occasionally use Impulse or EX Buster to deal more damage. When they run out of SP they only use Magic Slash.

When Magical Shampurus' HP is below 70%, they will use "Heal!" until their HP is above this percentage, they won't use any other skill in the meantime.

Magical Shampurus can have some partners to help them, four combinations are known: 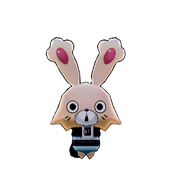 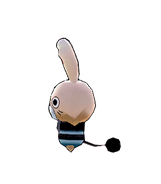 A Magical Shampuru (Side View) 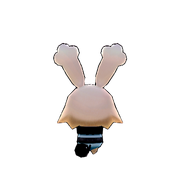 A Magical Shampuru (Back View)
Add a photo to this gallery

Retrieved from "https://neptunia.fandom.com/wiki/Bestiary/Re;Birth1/Magical_Shampuru?oldid=75349"
Community content is available under CC-BY-SA unless otherwise noted.