Magma Boys (マグマボーイ, Maguma Bōi) are one of the many enemies in the Hyperdimension Neptunia Series. They look like little red-orange ghosts.

Neo-Geofront Magma Boys can have some partners to help them, three combinations are known:

Colosseum Magma Boys' main skills are Power Crush and High Flame Tornado. Occasionally they use Seal Attack or High Flame instead, or in rare cases, Flame Breath. When they run out of SP they only use Power Crush.

Colosseum Magma Boys can have some partners to help them, only one combination is known: 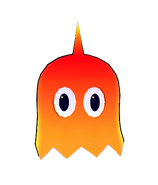 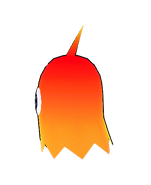 A Magma Boy (Side View) 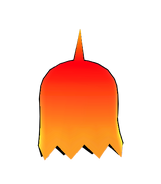 A Magma Boy (Back View)
Add a photo to this gallery

Retrieved from "https://neptunia.fandom.com/wiki/Bestiary/Re;Birth1/Magma_Boy?oldid=75933"
Community content is available under CC-BY-SA unless otherwise noted.