Magma Girl (マグマガール, Maguma Gāru) are one of the many enemies in the Hyperdimension Neptunia Series. They look like little red-orange ghosts with a black ribbon.

Magma Girls' main skill is Flame Magic, they use this skill a lot as a weak basic attack. They use High Flame pretty often to deal more damage. They also have High Flame Impulse and High Flame Tornado, but Magma Girls don't use these skills a lot. When they run out of SP they only use Flame Attack

When Magma Girls' HP is below 50%, they will use "Healing" until their HP is above this percentage, they won't use any other skill in the meantime.

Magma Girls can have some partners to help them, two combinations are known: 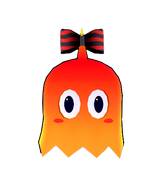 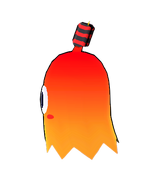 A Magma Girl (Side View)

A Magma Girl (Back View)
Add a photo to this gallery

Retrieved from "https://neptunia.fandom.com/wiki/Bestiary/Re;Birth1/Magma_Girl?oldid=75191"
Community content is available under CC-BY-SA unless otherwise noted.