Testris (テストリ, Tesutori) are one of the many enemies in the Hyperdimension Neptunia Series. They look like four yellow floating cubes with two floating eyes and a red ring which is supposed to be their mouth in the center.

Testris use mainly Power Attack, Virus Attack and Magic Support, they use these three skills almost equally, a skill to deal damage, a skill to prevent CPUs from transforming, and a buff skill to buff themselves or their partners. Testris also have High Explosion and X. Gust, but they rarely use those skills. When they run out of SP, they only use Power Attack.

Testris can have some partners to help them, three combinations are known: 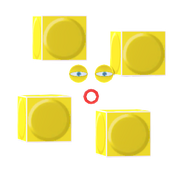 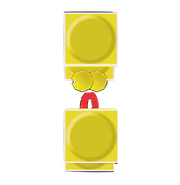 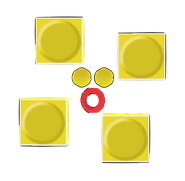 A Testri (Back View)
Add a photo to this gallery

Retrieved from "https://neptunia.fandom.com/wiki/Bestiary/Re;Birth1/Testri?oldid=75153"
Community content is available under CC-BY-SA unless otherwise noted.