Tulips (チューリップ, Chūrippu) are recurring enemies in the shape of a tulip, as the name implies. They also are the first enemies with a buff and debuff skill in the game.

Tulips will commonly use "Crush" on you, at some point they'll cast "Extension", which is stronger than "Crush". Tulips also have the skill "Venom Attack", a debuff skill that allow them to poison you, this skill along with "Crush" are the most used by them. Their last skill is Magic Support, a buff skill that increases temporarily their INT and MEN.

Tulips can have some partners to help them, seven combinations are known: 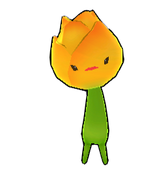 A Tulip (Side View) 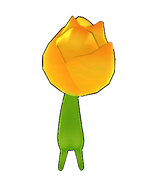 A Tulip (Back View) 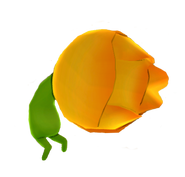 A Tulip defending himself. 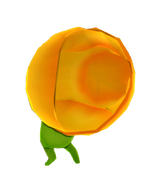 A Tulip at Low HP.
Add a photo to this gallery

Retrieved from "https://neptunia.fandom.com/wiki/Bestiary/Re;Birth1/Tulip?oldid=81266"
Community content is available under CC-BY-SA unless otherwise noted.