WD Heads (WDヘッド, WD Heddo) are one of the many enemies in the Hyperdimension Neptunia Series. They look like angry floating yellow heads.

MS Mountain WD Heads' main attack is by far Flame Magic, they use said attack almost 80% of the time. Other frequent skills would be Crush and Flame Tornado. Seal Attack is not very used by them, and Flame Impulse almost never. When they run out of SP they use both Crush and Flame Magic, but mainly this last one.

MS Mountain WD Heads can have some partners to help them, four combinations are known:

Colosseum WD Heads' main skills are High Crush, Flame and Flame Magic. Occasionally they can use Flame Impulse or Flame Tornado instead. When they run out of SP they only use High Crush or Flame Magic.

When Colosseum WD Heads' HP go below 50%, the odds of them using Flame seem to increase.

Colosseum WD Heads can have some partners to help them, only one combination is known: 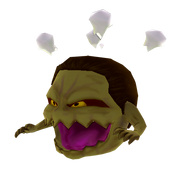 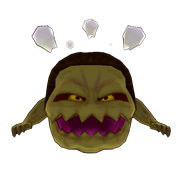 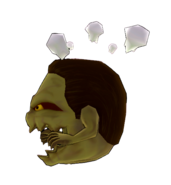 A WD Head (Side View) 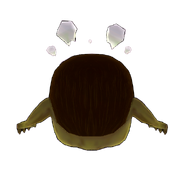 A WD Head (Back View) 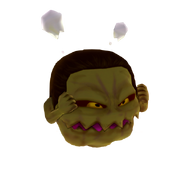 A WD Head defending himself. 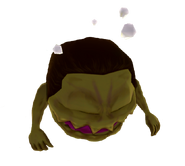 A WD Head at low HP.
Add a photo to this gallery

Retrieved from "https://neptunia.fandom.com/wiki/Bestiary/Re;Birth1/WD_Head?oldid=75814"
Community content is available under CC-BY-SA unless otherwise noted.