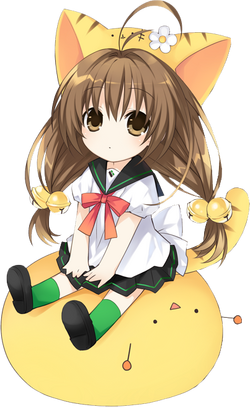 Broccoli (ブロッコリー, Burokkorī) is a small and cute girl with a sharp tongue. She makes her first appearance in Hyperdimension Neptunia Victory. On her way to GAMERS to do some shopping, she fell into a dimensional rift which led to her ending up in the Ultra Dimension after Neptune's request to have Mr. Izawa to summon her.