Dark Black is a colossal monster resembling Black Heart, and based on the monster of the same name in Megadimension Neptunia VII. It is first found in the 5* multiplayer mission "Dark Black"

Dark Black will attack using the sword on her right hand or the claws on her left, generally by slashing across the field. During the motion of attacks, she will move away from the field where you can't attack her. She will also attack with a laser from the jewel between her breasts, by sweeping across the field. Another attack she has is shooting lasers from the sky above you. Dark Black is weak against Piercing attacks, so using Prick Patches is helpful 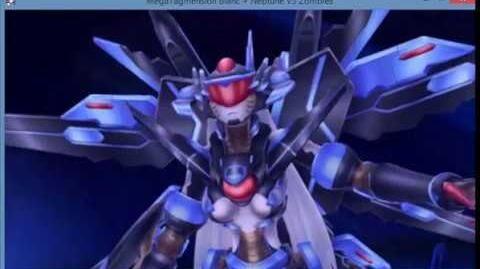