Dark Purple is a colossal monster resembling Purple Heart, and based on the monster of the same name in Megadimension Neptunia VII. It is first found in the 5* multiplayer mission "Dark Purple"

Unlike the other Dark CPU's, Dark Purple does not use a version of her own weapon, and instead only uses claws, by slashing across the field or slamming her fist down. She will also use a double energy ball attack that sucks you in to stun you for a while. She will also use a laser attack from the jewel between her breasts which sweeps across the field. During some attacks, she will move away from the field where you can't attack her for the duration. Dark Purple is weak against Magic attacks, so using Magic Patches is helpful 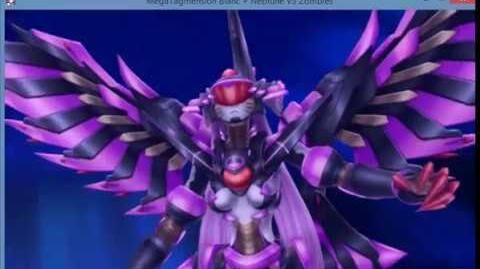 Retrieved from "https://neptunia.fandom.com/wiki/Dark_Purple/MegaTagmension_Blanc?oldid=79294"
Community content is available under CC-BY-SA unless otherwise noted.