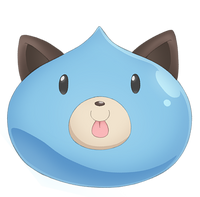 The Dogoo (スライヌ, Surainu) is a recurring enemy type in the Hyperdimension Neptunia series. They made their first appearance Hyperdimension Neptunia and have been in every subsequent game after. Dogoos are creatures who are depicted as being part slime, part dog. While their bodies are completely gelatin, they have the muzzle, ears, and tail of a dog.

In the Zero Dimension, Dogoos appear to have personalities. They also have names and can talk like humans. Some of which come with many kinds of colors like green, gray, brown. At the start of Zero Dimension, like Umio, the Dogoos also help Uzume in finding the Share Crystal so that she can transform to her HDD form, Orange Heart.

In the first episode of the Anime, The Goddess (Neptune) of Planeptune, Neptune and Nepgear go off to fight Dogoos in an attempt to complete a quest and raise Planeptune's shares, however they find themselves overwhelmed by their massive numbers. 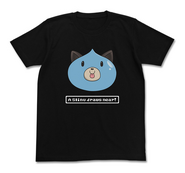 Retrieved from "https://neptunia.fandom.com/wiki/Dogoo?oldid=80372"
Community content is available under CC-BY-SA unless otherwise noted.