There are a total of 3 endings in Hyperdimension Neptunia Victory. The endings are influenced by Key Items and Events. The ending requirements will be listed below and accompanied with a summary. 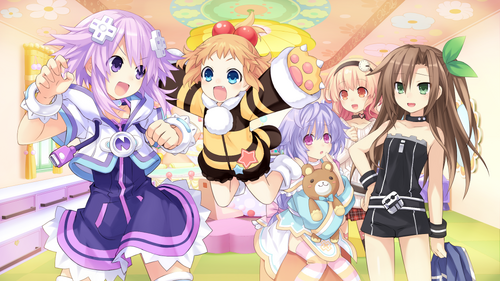 After defeating Yellow Heart and having her revert back to her human form, Peashy begins to cry and throw a tantrum for hours. After she finally wears herself out and falls asleep, Neptune and the others take her back to Planeptune where she awakens and throws another fit. It takes several days to calm Peashy down and in the end, she still doesn't remember Neptune and the others. Neptune doesn't give up and keeps trying to make Peashy remember them, even going so far as ignoring the Hyperdimension Histoire's requests for her and Nepgear to return home. 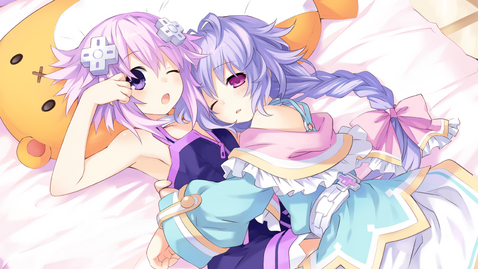 After defeating Rei with the help of the CPU Candidates, Neptune and Plutia begin to waste time relaxing in Planeptune's Basilicom. Nepgear calls from the Ultradimension via Histoire and yells about how she's been stuck in the other dimension for years. Neptune says she'll get on raising the shares eventually and goes back to napping with Plutia, the only thing being heard is Nepgear yelling Neptune's name. 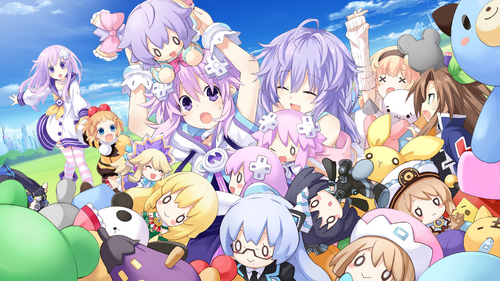 After defeating Rei, both Gamindustri's return to normal and the path connecting both dimensions remains open forever. The Hyperdimension CPUs and Candidates spend time with the Ultradimension CPU counterparts and Neptune and Plutia continue to play together as always. Plutia says she has something to show to Neptune which turns out to be a large number of dolls that practically suffocates everyone. While Neptune is focusing on trying to get out of doll pile, Plutia talks about how she is so happy she made so many new friends.

Retrieved from "https://neptunia.fandom.com/wiki/Hyperdimension_Neptunia_Victory/Story/Endings?oldid=60832"
Community content is available under CC-BY-SA unless otherwise noted.