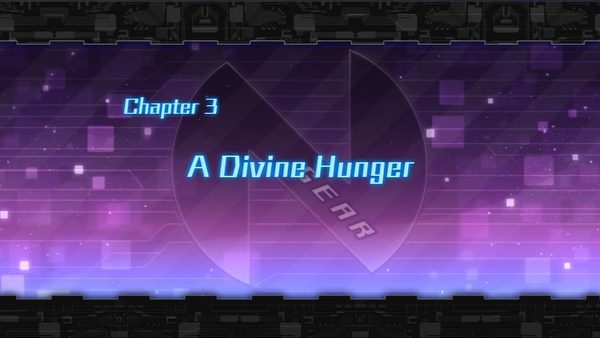 Histoire informs of ASIC attacking a nearby island in Planeptune territory and requets for Nepgear and the others to lend them their aid. They meet Falcom for the second time who is defending the island from the ASIC threat and is happy to receive their help. Nepgear and her companions easily deal with Underling's scheme and tell Falcom that the island is now safe.They return to Planeptune to inform Histoire of their success of obtaining the mascot characters and IF soon becomes notified of Lowee losing 90% of it's shares.

The party immediately heads to Lowee where they meet with Mina who is hesitant to let them help due to it possibly affecting Lowee's political standing. Nepgear offers a trade off saying that in exchange for helping them she wants Rom and Ram to help her. Ram agrees to this and before Mina can object, Nepgear leaves. They learn that Pirachu's distribution of Arfoire Emulator Chips is the cause to ASIC's increase in shares and deal with him swiftly. They return to Lowee and make a minature sharicite for Rom only to find out she's been brainwashed and kidnapped by Underling and CFW Trick. They use Rom to attack Lowee but Nepgear and the others intervene by attempting to use the sharicite to save Rom. It almost works but Underling takes her away and so the group follows.

After cornering Underling, Rom and Ram both accidentally end up brainwashed which results in the party having to fight both of them. They then use the sharicite for a second time and this time manage to successfully save the twins. CFW Trick appears and is also defeated by the group before they return to the Lowee Basilicom. Mina expresses her gratitude and allows Rom and Ram to travel with Nepgear to save their sisters. As they make their way from Lowee, they receive word from Kei that Uni has gone missing and immediately head for Lastation next to find her.

As they arrive in Lastation they are greeted by the young soldier who gave them information regarding the Hematite. He tells them that Uni agreed to fight with a large inhumane figure at Midcompany and hadn't returned since. The party heads to the location and sees Uni unconscious on the ground. When she awakens, she explains that she had been defeated by CFW Brave who is one of ASICs leaders. They take her back to town only for her to go missing for a second time. Nepgear finds Uni the Endless Zone dungeon and ends up facing off against CFW Brave alongside her. Together, the two of them manage to fight him off. Feeling more confident in herself, Uni finally asks to join the party so she too can help save the CPUs.

Retrieved from "https://neptunia.fandom.com/wiki/Hyperdimension_Neptunia_mk2/Story/A_Divine_Hunger?oldid=50095"
Community content is available under CC-BY-SA unless otherwise noted.