Combo Make is a system that enables you to create the combos that a character can unleash in battle. 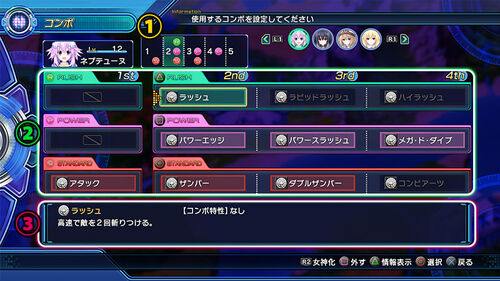 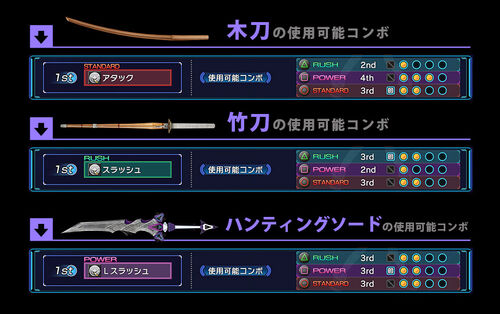 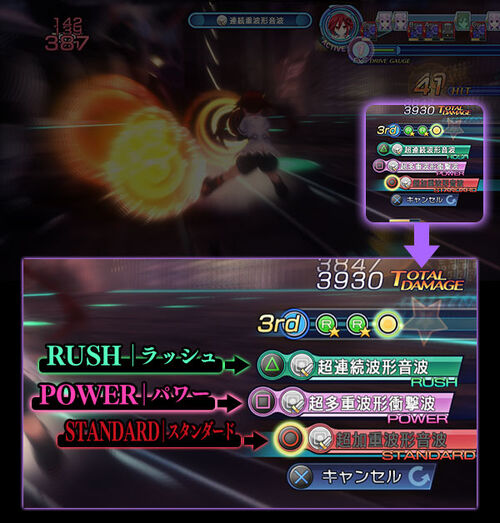 In this game the main structure of the "combo attack" has also changed. Replacing "Break" from the previous games, "Standard" has been introduced, so that the attacks are composed of the free use of the three techniques "Rush", "Power", "Standard". 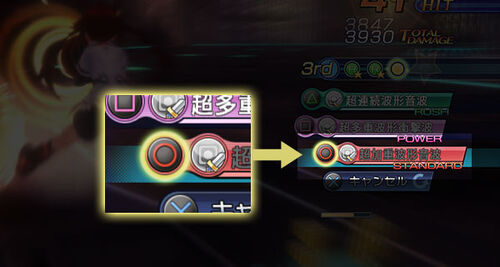 At the moment of performing a combo attack, the order of use of a technique increases the power of the following technique used. These "Combo Traits" can be verified in the menu, so review the "Traits" set when setting the combo sets.

Retrieved from "https://neptunia.fandom.com/wiki/Megadimension_Neptunia_VII/Gameplay?oldid=49563"
Community content is available under CC-BY-SA unless otherwise noted.