Noire, also known as Black Heart, is one of the four Console Patron Units (CPUs) in Hyperdimension Neptunia: Producing Perfection whose shares have been negatively affected by the sudden idol boom in Gamindustri. She, along with the other CPUs decide to become idols in order to regain their shares.

In her La Victoire outfit, Noire's apparel consists of a dark gray tank top that exposes her stomach with a blue ribbon in the center and a matching skirt with blue highlights on the pleats. On her arms she wears detached sleeves that are open at the upper arm but attached by a black strap and buckle. Her leg wear consists of over the knee blue socks and and dark grey boots that match her tank top.

Noire, in a word, is tsundere. She is a girl who thinks highly of herself and strives to be number one in everything she does. Noire often does and say things but tries to play it off as if there is no more meaning behind her actions. It is possible that she is a very caring person at heart but masks it with snobby, arrogant attitude in the hopes people will not see through her facade.

Black Heart's personality remains fairly unchanged in her goddess form. The only difference is that she becomes a little more cocky and competitive than before, but other than that, she is basically the same.

Another Dream
Unlocked after the events where the CPUs surpass MOB48 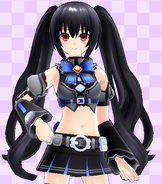 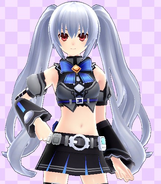 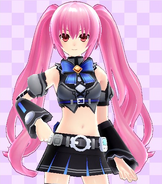 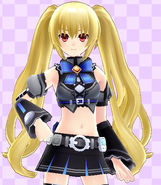 Yelow
Add a photo to this gallery 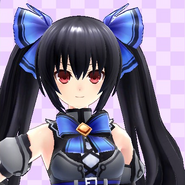 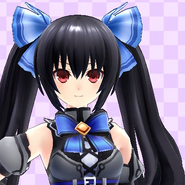 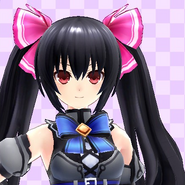 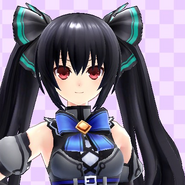 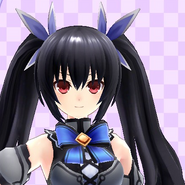 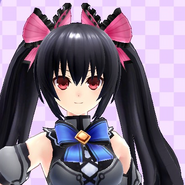 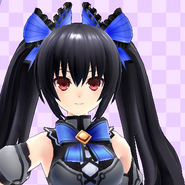 Royal Ribbon
DLC
Add a photo to this gallery 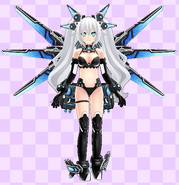 Retrieved from "https://neptunia.fandom.com/wiki/Noire/Producing_Perfection?oldid=71560"
Community content is available under CC-BY-SA unless otherwise noted.