Planeptune (プラネテューヌ, Puranetūnu) is one of the four main reoccurring nations in the Hyperdimension Neptunia series. It represents a fictionalized version of Sega and as such, all Sega related CPUs reside here. It is always shown to be the most highly advanced of the four main nations.

Due to the Hyperdimension Neptunia series being one that revolves around the concept of different dimensions and universes, there are multiple Planeptune's throughout the series, all retaining the same aforementioned purpose and nature.

This section is empty. You can help by adding information to it.
(November 2021)

Planeptune at night in Mk2

Neptune and Nepgear's room in Mk2 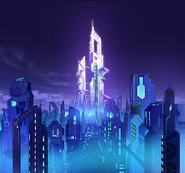 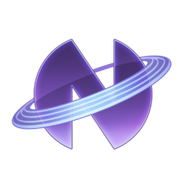