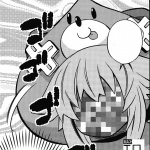 Neptune is the Bestest Goddess

Hi everyone, I love Neptunia so I'll be here and there. I have a basic understanding of code, copying and pasting so if it comes to using templates, infoboxes, tabs and what not, I know my stuff. If I show an interest in something whether it be pictures or stuff, I'll contribute. I like doing things that are in my best interest and this wiki/fandom is one of them.

I'm active quite often in this wiki, why because I do my homework while playing around on this wiki. It beats watching youtube videos and getting absolutely nothing done. My timezone is Eastern Time (US and Canada) or UTC-0500. If you need me (for any reason, idc), message me.

Projects: Play Super Neptunia RPG (details on the game itself to be added when done)

Now, how did I get to HDN? well once upon a time in grade 10, I had exams. I decided that studying for them is pointless since I did all my homework and know my stuff. I'm a good boy, time for a break. I went on Youtube and on one of the youtuber I subscribed had a new video. The youtuber is "famous" for their longplays there was HDN the very first game.

The moment I saw the Sega logo, I decided it's worth a watch since Sega gave me my first game Sonic Heroes. I fell in love with the references and Neptune and wanted to know more bringing me to the other HDN wiki. I lurked for a year or two, on the other HDN wiki then once again studying for tests I decided to contribute to that other wiki.

I contributed to the other HDN wiki but it got boring. In my boredom, I fooled around by stalking pages of prominent users in the other HDN wiki. I looked at Chrismh specifically and I found this wiki. This wiki was a lot more complete and easier to make a meaningful contribution so I did.

Mainstream quality is not a metric I would use to personally judge what entertainment is enjoyable to me.

Neptunia is "trash" in the sense that their games aren't good from a gameplay standpoint. It gets repetitive (thanks to reusing assets) and the storyline is a literal joke. Neptunia is still my favorite game franchise, however and other objectively good games aren't my cup of tea nor anything I would consider playing. That includes Idea Factory's other franchises. I do not want Idea Factory to change their ways, I like the games this way, keeps the quality liking people out.

I have a general distaste old school anime and the classics (haven't watched most of them and never will). Only some of the modern "degenerate" cute girls doing cute things anime peak my interest.

Neptune is the best Goddess/CPU, she is the best character and nothing currently has convinced me otherwise. She's also the strongest so there's that. NeptuneXNoire is a ship I support, if only it was more canon, but oh well. NepgearxUni is the best ship, as it is canon. CompaxIF is a close second, because it too is basically canon but their not Goddesses, (no fault of their own). Newer CPUs are side characters and in my mind will be considered inferior original 4 and their sisters. Neptunia should have negative infinity male love interests. Simply put, male characters better not be a love interest of any of the characters ever.

A community is best small and hostile to outsiders, as that protects the community aka normies must not be part of the community, unless they put in sufficient effort to be a part of a community. Zealotry and bigotry towards fiction and entertainment is not a bad thing. We all enjoy different fictional things and changing our likes and dislikes for others is wrong imo. But I would still prefer people that agree with my opinions as most people would.

However as my beliefs are my beliefs, and "work" (this wiki/fandom) is "work", these opinions will try to be held to myself, but these are the general biases you'll get from me if I do comment.

Retrieved from "https://neptunia.fandom.com/wiki/User:Procrastinatingonhw?oldid=80687"
Community content is available under CC-BY-SA unless otherwise noted.